Is it me or is gay folk coming out the closet in the news  like every day!? Granted I have CNN on 24/7 at work because I work in social media, but I’ve noticed that its been the big thing on errr the media’s mind.

My thinking: it’s mainly because of the injustice going on in Russia. If you haven’t heard, Russia is where the Olympics 2014 is taking place and they also have been adamant about placing major anti-gay laws that could imprison people for homosexuality and does very little to protect gay hate crimes. 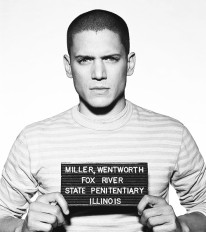 Sure… America has it’s own issues but how can we sit idle and not do anything? Only recently has this event encouraged Wentworth Miller to come out of the closet and admit he’s gay. (you remember… the guy from Prison break ooo La La)

Before that Bradley Manning, the one in trouble for the wiki-leaks recently said that he wanted a sex change, WWE wrestler, Darren Young admitted to being gay when questioned by TMZ, and Nickelodeon star, Lucas Cruikshank (b.k.a. “Fred” the annoying voice college student who thinks he’s a kid) Joined the rainbow party of those who are not ashamed of their sexuality when asked.

2013 seems to be the year to come out and be yourself! People seem to be more shocked and amazed that these macho celebs are more-so than their typical stereotypical hair-dresser.

All in all, I think that it’s good for Americans to see how many people are affected when “others” decide to discriminate and use bigotry to justify their prejudice against another group of people.

I understand that homosexuality is condemned in some religions so people feel torn, but there are a lot of things that these ancient religions condemn that people today do and no one sees it as wrong. Simply put, people change… how we think of the world thousands of years ago is not how we think of it now (ie. the Sun moving around the Earth or the Earth being flat)

Hopefully, as more gay men come out and become more vocal about the rights that affect others like them and refuse to “pretend” to “act straight” to blend in, then others will realize that there is nothing shameful or disrespectful about sexuality or who you feel you love. The only choice a man has is whether to be honest about his sexuality or to live a lie. For my hetero brothers and sisters who feel threatened by homosexuals … take a good look at yourself. This world is predominantly heterosexual and one man being honest with himself is not going to change one iota of your life and how you live it. People shouldn’t have to keep their relationship a secret to make other folk “comfortable” or to not rock the boat. It’s 2013 after all.. and I have hope in humanity even thought there’s all this craziness  in Russia, Jamaica, the Middle East, Africa … Texas. #sigh