I got a new video up, and I’m hitting the tough subjects…. let me know what you think … 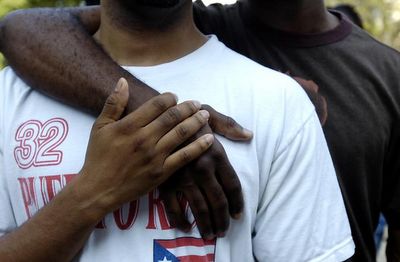 There are those who will say that Africans never participated in homosexuality and that it was a European “invention” … another fallacy created by religious bigots. Homosexuality has always existed and different cultures approached sexuality differently. Abrahamic religions dealt with it one way while other religions may have not even brought the issue up.  Male sexuality being used as a mode of power over another was always seen as a negative for the one being submitted, but of course consensual male sexuality used as method of expressing love between each other is a good thing. Not much has changed.

I found an interesting blog about HOMOSEXUALITY in AFRICA by Alicia Banks be sure to check that out for another good read. We all too often hear such a one sided view of things as Mooreno people. Time to change that 😉

I think it’s important to not that people didn’t identify as “homosexual” in the fact that, just because someone has sexual activity with someone of the same sex that they were now labeled an unable to marry or have a relationship with someone of the opposite sex.

We don’t have to go back as far as Africa to find homosexuals in the Mooreno community.

All in all.. there is no “origin” to sexuality , it just is. For as long as there has been homosexuals there has been people who have not understood them or hated them. There has also been those that didn’t care at all “live and let live” .

As a culture you often time find African-Americans attracted to the church. There is a reason for this. African culture as well as other Native American cultures have seen homosexual men as a spiritual beacons. There is something to be said about a person is able to embrace both the masculine and feminine energy within oneself and relate to all people. When African American Moorenos can embrace their sexuality as a part of their spirituality and not despise it in exchange for spirituality then perhaps we will see a new awakening.

Finally I was told ignorantly by someone online that Homosexuals have not offered anything to society. For those that believe that lie… watch the video below of notable gay blacks in history.

There is no doubt that one of the most unique things about Mooreno people is our hair. Some people love and sadly, some people hate it (ie the texture). Some people believe that by embracing it they will have a harder time co-existing with Caucasians which is further from the truth. As time goes on we are beginning to see Mooreno men and women growing their natural hair out and embracing it’s beauty. In truth, our spiritual consciousness is directly linked on how we treat, style, and feel …about our our hair.

this next video is a beautiful expression about hair. 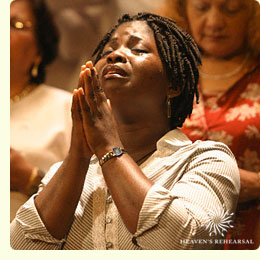 It’s no doubt that Mooreno people and spirituality go hand in hand. But how did it start? What did we believe in before the onslaught of Christianity and the slave trade in Africa?

Many Mooreno people in America have had a different experience from either other races and their own because of the plethora of shades that a Mooreno person can be. It is true that a Mooreno can be dark skinned or can be very fair skinned to fact that they might look Caucasian. My own grandfather was fair with blue eyes, and there were some things he was able to do that the “colored people” in Texas couldn’t do because he looked different. One can only question how many Mooreno people went on and considered themselves Caucasian and married and had children with Caucasians and never told to avoid persecution.

Okay this is really a big secret but I ran across this video online and this guy just entertained me and plus he has other links to some videos. It doesn’t surprise me that there are Causcasians that don’t know that much, shit…there are still Moorenos who don’t know their own true history. So what can we do? Demand the truth. Most school textbooks are made in Texas and even now , racist conservatives (conserving what? ) are trying to rewrite history books again, smh.

so anyhow let’s talk about what white folks actually know… let’s go back to school…. here’s a cool Caucasian dude kickin some knowledge for Black History, so sit back and check this out (oh yeah, he’s a teacher so take notes)

I think we sometimes forget the pride of our Mooreno people. We are descendants from a very strong intelligent people who didn’t allow hardship to keep them from their goals. Let us not allow the current media programming change history or our perception of ourselves.

There still are those that don’t know that there were blacks in the Americas way before Columbus. Here’s a short video.

If you don’t know about Black Wallstreet or what they used to call “little Africa” in the 20’s then you need watch this video.  OH yeah, happy Valentines to all the Moorenos and Mooreno lovers 😉

I know I know.. you don’t have time to study Black history because you have no time between work, eating, and shitting. So I found this quick video for you. Granted this will be the only Black History video I will post regarding slavery.

The jury wont have a decision until tomorrow. Are you guys keeping up, send me a comment on what you think so far.