It’s been a while since I’ve done a blog entry and with my new novel almost done I thought that I would start giving some background on the subject matter of my novels regarding “the angels” or whatever we want to call them. Most people envision or have been taught that angels are some type of spiritual, whispy, ethereal beings that go unseen. But of course, the angels in my books are very corporeal but have the ability to “shape shift” if need be. Some can even have sex and have children.

Is this far from the imagination? No… not if we look deeper into Genesis 6:2  . Then we add on the countless mythological stories of “gods” taking women and having children who end up being demigods. Perhaps they aren’t as “spiritual” as we may think they are.

Hollywood nods to the stories of this being through fiction. Superman, Wonder Woman, and Batman all resemble Greek gods Apollo…the sun god (Superman gets his power from the sun, Athena goddess of wisdom and war (Wonder woman has her lasso of truth), and Hades the God of the underworld (the Dark Knight). We can go even further with Aquaman (Poseidon), and Flash (Mercury).

I have found that these angelic beings are in other religions but go by different names. In recent times many people have done more and more research on the Sumerian god pantheon because they were the first civilization to start writing. We can only assume the Hebrews, Egyptians, and Babylonians all developed their stories of “God(s)” from them. All of which has influenced our modern day religions like Christianity, Islam, Judaism, Hinduism, Catholicism, Santeria, Voodoo, Yoruba etc.

Is God in the heavens somewhere? Is the Devil underground in hell? Are they simply a different species of human that live longer than us and have access to different meta-technology? (whoops went too fast for your mind)

There are house cats then there are lions. What if humanity is the domestic housecats and what we see as “Gods” are the lions? (with a bobcat here and there). What if they have levels of powers that we can also have access too but some of them would rather keep us blind to our own abilities as humans?

Here’s an old video I did back in the day on the same topic: 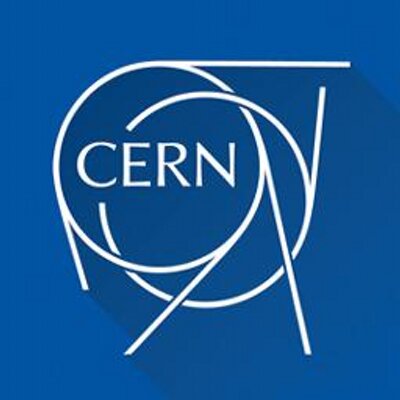 I keep finding little bits of information about cern and scientist opening to door to another dimension???

2015 has been some kind of year . We had yet another blood moon during the passover. Civil unrest here in America, Chile just had that massive volcano erupt.

theeeeeeen… not longer after the massive earthquake in Nepal where so far thousands of people have died. Could there be a connection? Not sure. I’m still trying to find more info on Cern. Some say that it has something to with the Day of Atonement in September. Others say they are trying to release Apollyon (the beast in the earth in Revelations). I assume this is the Babylonian Marduk or Azazel in the book of Enoch. Who knows. I realize most people don’t really study these type of things so it doesn’t matter in their day  to day life.

the above video is really religious…and promotes a lot of fear…so I don’t quite agree with all of it… just take it as a grain of salt.

I really don’t know why I’m so interested really. I just am. If anyone has any good resources hit me up. It’s hard to go with the “faith of mainstream religion” and what they tell us to believe since most of the “powers that be” run religion but keep there own “secrets”

For those don’t know… I’m a published author. I have links to my books on my web blog. I’m currently working on a new novel. It’s taken me quite longer, ya know living life, collecting info, figuring out different ways to tell a story. I decided I would share bits and pieces for those that haven’t read my material. Maybe if pieces of past novels so here’s a bit from the new novel… enjoy.

“You’re my father,” Haadiyah said to my dad. It was an unexpected Christmas present and we were all shocked to say the very least. Haadiyah Musaddiq was seventeen, two years younger than me, and beautiful long black braided hair. Her eyes were stern like Dad’s
“See I told you Dad wasn’t all that innocent,” Antonio, my twin, said to me shaking his head. Dad’s face froze. I didn’t need my empathetic power to see what he was thinking or feeling. It was obvious.
“Wha-,” he clambered for words, “how?” The scene was all too familiar. My dad, Anthony Turner, unexpectedly walked back into my life after my mother passed away in a car wreck. They lived apart of years to separately raise me and my brother. They did it to protect us; from what you ask? A fallen angel has been tormenting my family for years. Now before you close this book and walk away screaming I will let you know I have written other books to explain my past so I won’t go too much into it. The reason why there has been so much supernatural occurrences in my family is because I’m not your typical college student. My mother was a half blood. Her father is this fallen angel and since my birth he has been trying to use me and Antonio for his own twisted agenda.
“Sabia… that’s my mother,” Haadiyah explained. Sabia met my dad years ago when he started writing.
“Oh my god, Sabia,” Anthony placed his hands over his mouth as if to stop what might have escaped, “She helped edit a lot of my work”
“Looks like she helped with a little more than that,” Antonio commented. Antonio and Dad always butted heads. Dad was always on his case about going to church and living right and this, in Antonio’s mind, confirmed Anthony’s hypocrisy.

“My mother was seeing someone else at the time as well,” Haadiyah added, “They ended up getting married and she continued to keep her secret. She didn’t reveal the truth to me until after he was killed last year.”
“I’m sorry,” I said relating to her pain. I was all too familiar with family secrets. It seemed that family was built on them and now, Haadiyah walked into our lives, revealing to Anthony that he was her father and propositioned me.
“Have you decided yet what you’re going to do? I don’t have all day and I have to go on with or without you, “ she demanded. I could tell she wasn’t from Texas, she had a very northern attitude and spoke very quickly not typical of southerners who spoke slower. Her dark hair was braided securely in one long tail and she was dressed in dusty jeans and a leather jacket typical of a biker. Dad had already presented his discrepancies about me joining the demon hunting ranks because he had lost my mother to supernatural beings. I wasn’t sure if he even trusted Haadiyah fully but she didn’t seem to care her focus was me. I knew he was against the whole idea and wanted me to live a so call “normal life” . But I wasn’t normal. I had angel blood flowing through my veins and because of that, I was bestowed with special abilities. I could hear the thoughts of people clear as day as well as their emotions. Sometimes it got so difficult I couldn’t discern between my own thoughts and theres. I guess you could say I sort of “melted” into people. Their memories became my own. Their angers, fears, and joys intertwined with mine at a mere touch. With my twin brother it was so powerful that a lot of my dreams were just me watching life through his eyes. The only dark side to my gifts that has scared me was that if I focused, I could almost rip a person’s soul from their very body.
All in all I was still learning how to use these “gifts”. They only started maturing when I was seventeen. But since then, every time I practiced it would attract a parasite to attack me and my family. Haadiyah paced the floor waiting for my answer.
“So you need me my abilities to find your rogue hunter.”
“Not just any hunter,” Haadiyah explained, “Valerie Larue, she was friends with your mother in college. She used to be a witch, heavy into the occult, and she knows demons. She was the one who taught me and the rest of the team that you will meet later.

Yes people, it’s done. and I’m self publishing so tell all your friends to come here if they want a copy. All book summaries are in the “my books” tab.

Here’s a cool video for my truth seekers out there

So I will give you a crash course real quick so that if you get my books you know a little background .  Nephilim were  a  TYPE of  angel…Nephe  meaning “fallen”  or perhaps earth bound.
In the bible, Genesis chapter 6 there’s a small scripture that refers to these beings.

1 And after that men began to be multiplied upon the earth, and daughters were born to them, 2 The sons of God seeing the daughters of men, that they were fair, took to themselves wives of all which they chose.

Now while many christians believe the flood came about because of human unfaithfulness, in actuality the stories of the nephilim talk of them marrying women that caused great havok in the world. [picapp src=”0206/9d957154-a851-4e54-b39e-aa6b616d64d7.jpg” width=”412″ height=”414″ /]Their children ended up being giants and hybrids and some were blood thirsty. The angels that had married these women also taught men the art of war weaponry and black magick. Because all havok had broken lose , The Elohim decided to wipe mankind out and start over.
[picapp src=”7/f/d/a/view_of_a_8a00.jpg” width=”333″ height=”513″ /]
So how did i get all that from that little scripture? I had to cross reference with the apocryphal book of Enoch to get this info. Before all the devout Christians out there refuse to read this…it was said t be apart of the bible and many times it’s quoted from in the new Testament. So if you wanna know a little more about the angels I suggest you start there and read Enoch.
order on amazon…or watch some of it real quick:

As a side note I am not promoting anyone’s religion but I want to inspire a few of you to study some cool info and delve just a little deeper about the angels. Oh yeah, the Nephilim are still here. More to come later…